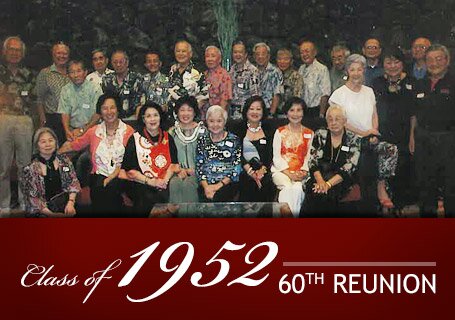 
The Class of 1952 held its 60th Year Reunion at Waialae Country Club on May 11 with classmates and 12 spouses attending. Five additional members signed up but could not attend for various reasons. 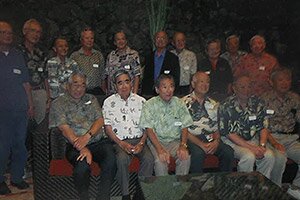 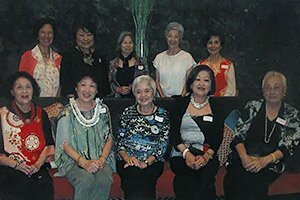 Here are some interesting facts: about a third of the spouses were graduates of Roosevelt High School; one attendee admitted that his father had been an illegal alien; another has two sons who are golf pros (anyone need a lessons?) ; one whose children or grandchildren graduated from either ‘lolani or P_____ ; one who now has consistent Las Vegas returns from his investments there; one who has taken his whole clan, including 10 grandchildren on a cruise outside of Hawai‘i at his expense; 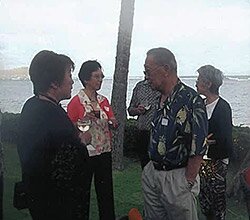 The Class of 1952, which attended the old Nu‘uanu campus, reunited at Waialae Country Club after 60 years as students together.
one whose non-military Federal job required him to travel and live in several Asian countries for years; one remembered another attendee had bullied him on his first day at ‘Iolani; and finally, believe it or not, one medical doctor attendee who went fishing at the beach about a year and a half ago, suffered a heart attack and had his heart stop. Luckily, a nearby life guard had an AED with him and was able to revive our doctor classmate.

The evening ended with group photos of the attendees and the spouses.