Gathering in the Emerald City 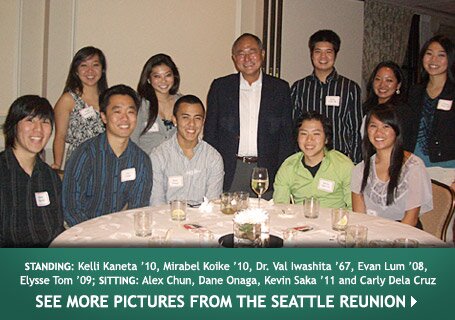 More than 100 alumni, guests, and ‘Iolani School representatives gathered on March 2 at the Washington Athletic Club for a Headmaster’s Reception in Seattle.

Headmaster Dr. Val Iwashita ’67 greeted guests and then described plans for The Sullivan Center which will be completed in the fall of 2013. The power point presentation showing each of the Center’s four floors generated excitement among the group. Dr. Iwashita also elaborated upon the recent school announcement that Dr. Timothy Cottrell has been named as the next Head of School for ‘Iolani effective July 1, 2012. This reception was coordinate by the school’s alumni office and was held in conjunction with the National Association of Independent Schools annual conference.