Spring Honors Day was held on May 24 in the lower gymnasium to recognize the senior class for achievements in the past school year (2011-12). Sixth graders were, likewise, recognized at their promotion ceremony on May 31.

Fall Honors Day to be held in September 2012 will recognize the past school year’s seventh to eleventh graders.

Seniors earning the Headmaster’s Certificate for having achieved a grade point average of 3.5 for the first three quarters of their senior year with no grade below B-. 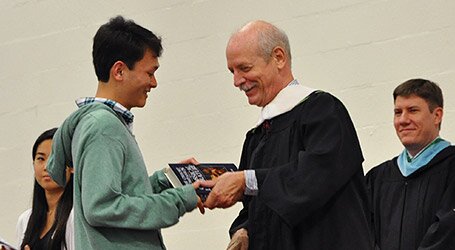 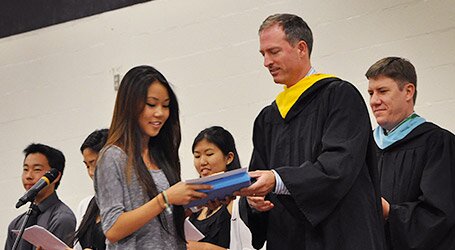 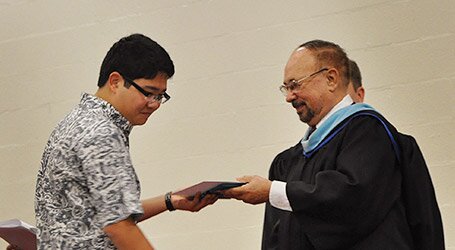 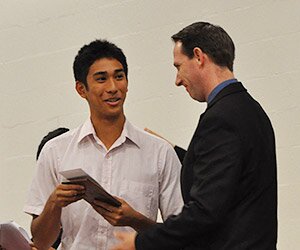 Chau and Alexandria A. Carlyle

The Richard L. Brown Award is given to a senior who has
selflessly contributed their talent to ‘Iolani School.

This annual award is given to a senior whose outstanding artistic and technical work in photography reflects Mark’s lifelong interest in and love of photography.

To two seniors, male and female, in recognition of their superior mathematical ability, enthusiasm for the subject and sterling character.

To a senior who through curricular and extra-curricular involvement has displayed superior academic achievement and a vigorous enthusiasm and passion for science, and who has impacted the science department with an unfailing commitment to excellence.

To a senior who has provided significant selfless service to school and community and who displays a high standard of integrity, humility and character.

The Sananikone Achievement Award is given to the senior who has demonstrated extraordinary efforts in the face of hardship and in overcoming the barriers of an unfamiliar culture and language in achieving scholastic excellence.

To the ‘Iolani Junior whose helpfulness, friendliness, selflessness, and perseverance have been exemplary during the past year.

This award is presented in recognition of the same qualities of unselfishness that drove Jeffrey Jones to make the ultimate sacrifice to his fellow man.

This award is given to the senior who has demonstrated conscience, compassion and courage in service to others despite significant personal hardship or physical challenge.

Before he left ‘Iolani in 1980, Mr. Keables left the school a generous bequest to establish awards in his name for creative writing and in his wife’s name to honor a person who has triumphed over adversity.

To a student who has triumphed over adversity 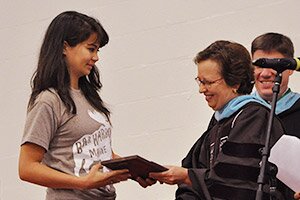 FOODLAND SCHOLARSHIP
(Presentation on own)

Senior Son or Daughter, in the top 20% of the class (approximately), a team player and an active member in a club that has served the community.
One-time $2000 scholarship

Male and female senior who have demonstrated initiative to serve their community.

One time award $1500, ‘Iolani selected as winner in random drawing

Presented to a member of the Class of 2012 who exemplifies the “believe” spirit by facing significant challenges in life with joy, courage and resiliency